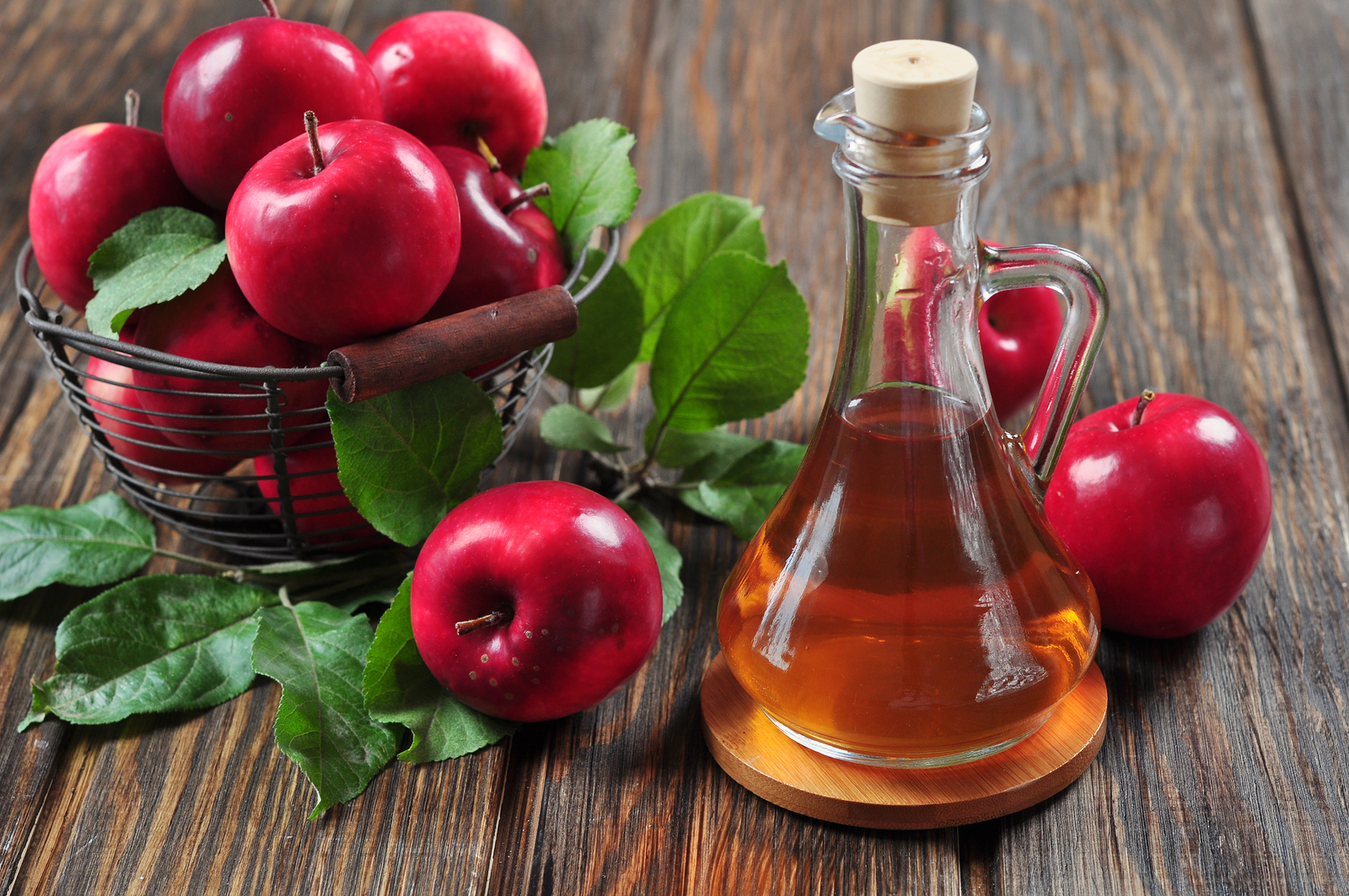 There is a lot of hype online about the anti-cancer benefits of apple cider vinegar. Some studies have shown that vinegar can kill cancer cells and shrink tumors. However, all of the studies on this were done in isolated cells in test tubes, or rats, which proves nothing about what happens in a living, breathing human.

Additionally, most of the studies were done on rice vinegar, not apple cider vinegar. That being said, some observational studies (which don’t prove anything) have shown that vinegar ingestion is linked to decreased esophageal cancer in China, but increased bladder cancer in Serbia.

Overall… it is possible that apple cider vinegar may help to prevent cancer, but it is definitely premature to make any recommendations based on the current research.

Apple cider vinegar is naturally antibacterial. Use ACV diluted to about 50% in water as a mouthwash to kill germs that cause bad breath. Gargle with diluted ACV to help eliminate overgrowth of bacteria in the throat that may cause illness such as tonsilitis or strep throat. Drink 1 – 2 tablespoons of apple cider vinegar mixed into a small glass of warm water up to three times each day to diminish harmful bacteria in the intestines that may cause diarrhea or other problems.

Drinking apple cider vinegar before a meal can help your body to more efficiently convert proteins in your food into amino acids. These building blocks are used for many processes including the synthesis of hormones which regulate functions such as mood and weight loss. Drinking diluted ACV about half an hour before meals can help to elevate mood, improve focus and relaxation, as well as promote healthy weight loss.

Take a teaspoonful of apple cider vinegar; its sour taste could stop a hiccup in its tracks. One teen took the hiccup remedy further and created a lollipop that includes apple cider vinegar, which she says “cancels out the message to hiccup” by overstimulating the nerves in the throat responsible for the spasms.

As soon as you feel the prickle of a sore throat, employ germ-busting apple cider vinegar to help head off the infection at the pass. Turns out, most germs can’t survive in the acidic environment vinegar creates. Just mix 1/4 cup apple cider vinegar with 1/4 cup warm water and gargle every hour or so.

Sip before eating, especially if you know you’re going to indulge in foods that will make you sorry later. Try this folk remedy: add 1 teaspoon of honey and 1 teaspoon apple cider vinegar to a glass of warm water and drink it 30 minutes before you dine.

Next time you’re stuffed up, grab the apple cider vinegar. It contains potassium, which thins mucus; and the acetic acid in it prevents bacteria growth, which could contribute to nasal congestion. Mix a teaspoon of apple cider vinegar in a glass of water and drink to help sinus drainage.

On his website, Dr. Mehmet Oz recommends apple cider vinegar as a dandruff treatment. The acidity of apple cider vinegar changes the pH of your scalp, making it harder for yeast to grow. Mix 1/4 cup apple cider vinegar with 1/4 cup water in a spray bottle, and spritz on your scalp. Wrap your head in a towel and let sit for 15 minutes to an hour, then wash your hair as usual. Do this twice a week for best results.

Two or three table spoons of raw, unfiltered Apple Cider Vinegar added to a cup of hot water or tea taken three times daily will help thin out excessive mucus, relieving congestion and sinus pressure. Alternately, you can mix ACV with lemon and sweeten with honey or Stevia. Apple cider vinegar may also be added to boiling water then steam-inhaled to clear the sinuses. Always be sure to rinse your face and rehydrate afterward with cool filtered water.

Apple cider vinegar taken before meals will help break down proteins into amino acids. Once broken down, the amino acids are able to fuel processes, like the formation of hormones in the body.

This is important because tryptophan plays a critical role in the release of serotonin, a neurotransmitter found in the brain. Serotonin is one of our “feel-good” neurotransmitters.

Serotonin elevates mood and helps us to feel relaxed, both of which are extremely important for fighting off symptoms of anxiety and depression. The more we can assist in the creation of serotonin, the better. Low levels of serotonin are associated with depression and anxiety.

If proper brushing and mouthwash doesn’t do the trick, try the home remedy of using apple cider vinegar to control bad breath. Gargle with it, or drink a teaspoon (diluted with water if you prefer) to kill odor-causing bacteria.

Gargle with apple cider vinegar in the morning. The vinegar helps remove stains, whiten teeth, and kill bacteria in your mouth and gums. Brush as usual after you gargle. You can also brush your teeth with baking soda once a week to help remove stains and whiten your teeth; use it just as you would toothpaste. You can also use salt as an alternative toothpaste. If your gums start to feel raw, switch to brushing with salt every other day.

20. Great for Your Lymphatic System

This miracle vinegar helps to break up mucous throughout the body and cleanse the lymph nodes. Believe it or not, research suggests that apple cider vinegar can help with allergies because of its ability to reduce mucous and sinus congestion. When reducing the effects of allergies, it can also help stave off sinus infections and their related symptoms, such as sore throats and headaches.

Apple cider vinegar is excellent for varicose veins because it improves circulation in the vein walls and is anti-inflammatory so reduces bulging veins. Combine apple cider vinegar with witch hazel and rub on veins in circular motion and you should see improvements in two weeks.

Bad bacteria and yeast are a major cause of body odor. The armpit can stay damp which also makes it a breading ground for bad bacteria. Simply dabbing some apple cider vinegar on your fingers and running it into your armpit can kill yeast and neutralize odors keeping you smelling fresh all day.