Coconut oil, according to recent reports, is the latest food cure-all. Claims abound that coconut oil is a health food that can cure everything from poor immune function, thyroid disease, and heart disease, to obesity, cancer, and HIV. 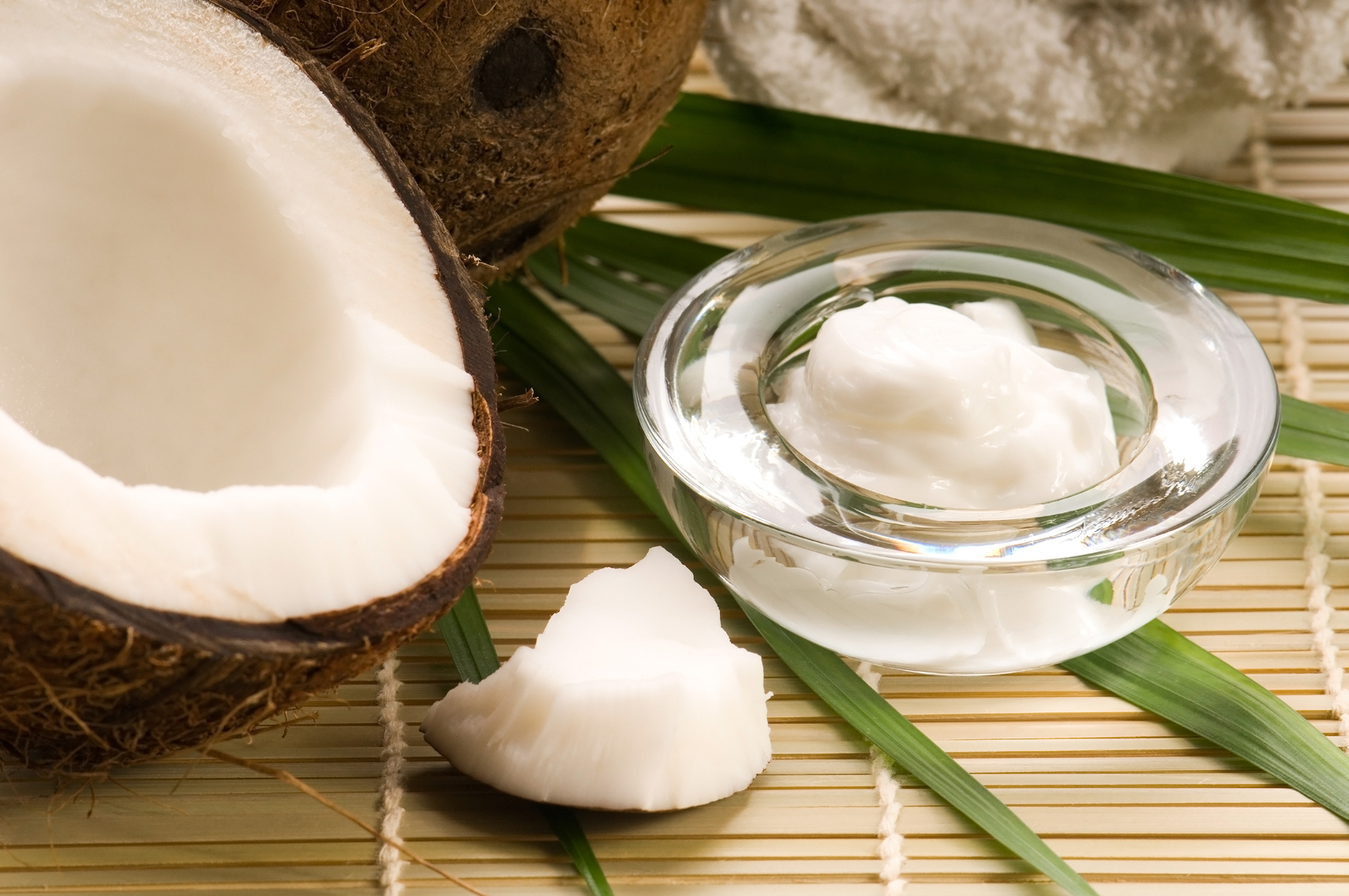 There is a misconception spread among many people that coconut oil is not good for heart health. This is because it contains a large quantity of saturated fats. In reality, coconut oil is beneficial for the heart. It contains about 50% lauric acid, which helps in actively preventing various heart problems like high cholesterol levels and high blood pressure. The saturated fats present in coconut oil are not harmful as you commonly find in vegetable oils. Coconut oil does not lead to increase in LDL levels, and it reduces the incidence of injury and damage to arteries and therefore helps in preventing atherosclerosis.

Coconut oil is very useful for weight loss. It contains short and medium-chain fatty acids that help in taking off excessive weight. It is also easy to digest and it helps in healthy functioning of the thyroid and endocrine system. Further, it increases the body’s metabolic rate by removing stress on the pancreas, thereby burning more energy and helping obese and overweight people lose the weight. Hence, people living in tropical coastal areas, who use coconut oil every day as their primary cooking oil, are normally not fat, obese or overweight.

One 2009 study looked at the weight loss link between women’s consumption of coconut oil and found that it reduces abdominal obesity. Researchers discovered coconut oil is easy to digest and also protects the body from insulin resistance. To try coconut oil for weight loss start by adding one teaspoon to your diet and gradually work your way up to four teaspoons per day.

Coconut oil is made up of healthy fats lauric acid, caprylic acid and capric acid which contain antifungal, antibacterial, antiviral prosperities to boost the immune system. Lauric acid contains the highest concentration of medium-chain fatty acids (MCFAs), approximately 75 per cent. The body turn this fat into monolaurin which is claimed to help heal viruses such as herpes, influenza, cytomegalovirus, helicobacter pylori, candida, and even HIV.

Coconut oil is one of the best natural nutrients for your hair. It helps in healthy growth of hair and gives your hair a shiny quality. It is also highly effective in reducing protein loss which can lead to various unattractive or unhealthy qualities in your hair.

Coconut oil is extensively used in the Indian sub-continent for hair care. Most of the people in those countries apply coconut oil on their hair every day after bathing or showering. It is an excellent conditioner and helps the re-growth process of damaged hair. It also provides the essential proteins required for nourishing and healing damaged hair. Research studies indicate that coconut oil provides better protection to hair from damage caused by hygral fatigue.

By regularly massaging your head with coconut oil, you can ensure that your scalp is free of dandruff, even if your scalp is chronically dry. It also helps in keeping your hair and scalp free from lice and lice eggs.

Coconut oil is an excellent massage oil for the skin as well. It acts as an effective moisturizer on all types of skin, including dry skin. The benefit of coconut oil on the skin is comparable to that of mineral oil. Fortunately, unlike mineral oil, there is no chance of having any adverse side effects on the skin from the application of coconut oil. Coconut oil therefore is a safe solution for preventing dryness and flaking of skin. It also delays the appearance of wrinkles and sagging of skin which normally accompany aging.

Coconut oil also helps in treating various skin problems including psoriasis, dermatitis, eczema and other skin infections. For that exact reason, coconut oil forms the base ingredient of various body care products like soaps, lotions, and creams that are used for skin care. Coconut oil also helps in preventing premature aging and degenerative diseases due to its well-known antioxidant properties.

Its anti-microbial properties can also be useful with things like acne, eczema, psoriasis, and staph infections. A 2004 study published in the journal Dermatitis found coconut oil can improve the moisture and lipid content of people with dry skin.

Internal functions of coconut oil occur primarily due to it being used as cooking oil. Coconut oil helps to improve the digestive system and thus prevents various stomach and digestion-related problems including Irritable Bowel Syndrome. The saturated fats present in coconut oil have antimicrobial properties and help in dealing with various bacteria, fungi, and parasites that can cause indigestion. Coconut oil also helps in the absorption of other nutrients such as vitamins, minerals and amino acids.

Coconut has been shown to prevent and even cure candida. It provides relief from the inflammation caused by candida, both externally and internally. Its high moisture retaining capacity keeps the skin from cracking or peeling off. Further, unlike other pharmaceutical treatments for candida, the effects of coconut oil is gradual and not drastic or sudden, which gives the patient an appropriate amount of time to get used to the withdrawal symptoms or Herxheimer Reactions (the name given to the symptoms accompanying body’s rejection of toxins generated during elimination of these fungi). But, in the treatment of this condition, people should systematically and gradually increase their dosages of coconut oil and shouldn’t initially start with a large quantity.

When applied to infected areas, coconut oil forms a chemical layer that protects the infected body part from external dust, air, fungi, bacteria and viruses. Coconut oil is highly effective on bruises because it speeds up the healing process of damaged tissues.

Infections: Coconut oil is very effective against a variety of infections due to its antifungal, antiviral, and antibacterial properties. According to the Coconut Research Center, coconut oil kills the viruses that cause influenza, measles, hepatitis, herpes, SARS, and other serious health risks. It also kills bacteria that cause ulcers, throat infections, urinary tract infections, pneumonia, and gonorrhoea. Finally, coconut oil is also effective in the elimination of fungi and yeast that cause ringworm, athlete’s foot, thrush, and diaper rash.

It is believed that coconut oil plays an instrumental role in reducing a person’s viral susceptibility for HIV and cancer patients. Preliminary research has shown an indication of this effect of coconut oil on reducing the viral load of HIV patients.

Coconut oil is a saturated fat, and saturated fats are less likely than unsaturated ones to form cancer-inducing chemicals when digested. So eating coconut oil could help prevent cancer in the first place. A ketogenic diet given to cancer patients often includes a large percentage of medium-chain triglycerides, as this composition of fat seems most effective in reducing cancer growth. But as of 2011 no one knows the exact role medium-chained triglycerides play in the treatment of cancer.

A recent study by the Garvan Institute of Medical Research found that coconut oil protects against insulin resistance, reducing the risk of type 2 diabetes. MCFA fats are small enough to be absorbed into the cells where they’re quickly converted to energy. It is this process that not only reduces the amount of fat we pack into storage, but improves insulin sensitivity.

A study reported in the Journal of Nutrition found that coconut oil boosts metabolism. Researchers found that participants who consumed two tablespoons of coconut oil per day burned more kilojoules than those who consumed less. A speedy metabolism helps boost the body’s immune system and keep weight off.

Instead of reaching for the lollie jar for an afternoon sweet hit, try eating a teaspoon of virgin coconut oil to beat sugar cravings. This is because good quality fat is more satiating than carbs, so if you cut down on sugar you will feel less ‘ravenous’. Most of us do not realize but constant hunger is a major clue that your body is not being fed correctly. With the proper amounts of fats and protein, you can fuel your energy reserves properly, and come off the sugar roller coaster that many of us are on.

The medium-chain triglycerides (MCTs) in coconut oil provides a “secondary fuel source” aside from glucose that the brain and nervous system can function on. High sugar can contribute to neurological problems, including Alzheimer’s, which has been theorized as a “type 3 diabetes,” according to Rinehart. In Alzheimer’s, the brain effectively blocks glucose uptake, so it is fuel-deprived, which can lead to general neurodegeneration.

The consumption of MCTs has led to an improvement in brain function in patients with milder forms of Alzheimer’s, according to a 2004 study published in the journal Neurobiology of Aging. Higher ketone values — derivatives from fat that are the only other fuel source aside from glucose the brain can function on — were associated with greater improvement in Alzheimer’s patients. Coconut oil’s MCTs may provide therapeutic benefits for memory-impaired adults.

Coconut oil even works on waterproof mascara! Put a little on a cotton ball and gently sweep it over your eyes, paying attention to your under-eyes as well. The oil does a great job breaking down waxy, inky eye makeup, and leaves the delicate area hydrated, too. Once you’re done, wash your face as usual.

When ingested, coconut oil helps the digestive tract to better absorb fat-soluable vitamins A, D, E, and K. If you take supplements for these nutrients, consider washing them down with a tablespoon of organic virgin coconut oil. If the idea of swallowing a spoonful of oil makes you cringe, try using coconut oil in place of olive oil or butter when cooking or dressing your vitamin-rich veggies. The unique flavor pairs well with many leafy greens and because of coconut oil’s medium-chain structure, it won’t break down when exposed to heat. Coconut oil also makes a delicious addition to baked foods, smoothies, and desserts.

MCTs in coconut oil assist in the conversion of cholesterol into pregnenolone – one of the building blocks for synthesis of human hormones such as those responsible for healthy thyroid function. A daily serving of coconut oil can also help the body to use insulin more efficiently and stabilize blood-sugar levels.

Get double duty from your new DIY coconut oil lip balm case and say goodbye to ragged cuticles. Using your finger, swipe a small amount of the oil onto each of your cuticles and allow it to sink in. The coconut oil will strengthen your nails and hydrate the delicate cuticle skin, making your hands look more youthful.

The skin under your eyes is thin and delicate, making it prone to fine lines, puffiness, and dark circles. If you hate the idea of dropping big bucks on expensive eye cream, then sub in coconut oil. Just rub a pinch in between fingers to warm it up before patting it underneath your eyes.

Ran out of shaving cream? Coconut oil to the rescue! Just warm the jar under the water and smooth onto legs before shaving. Your razor will glide smoothly, allowing for a super-close shave, and your legs will be moisturized from the oil in the process. Tip: shave outside the shower. The oil is very slippery, so you’ll have an easier time holding onto your razor if your hands are dry. 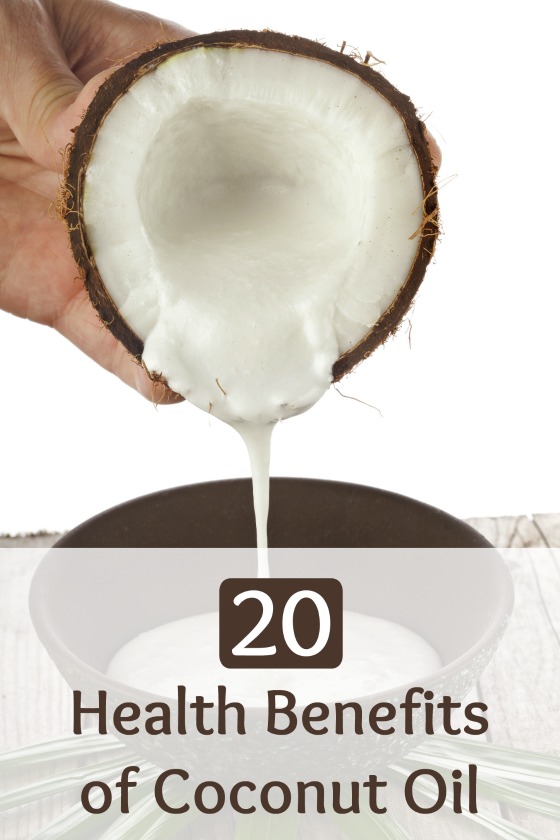