Although most people think of coffee as an unhealthy beverage, people forget that the benefits of this beverage far outweigh many of the perceived negatives associated with it. What’s often overlooked is the fact that coffee is so much more than just caffeine.

The health benefits of coffee has long been a controversial topic, with advocates touting its antioxidant activity and brain-boosting ability, and detractors detailing downsides such as insomnia, indigestion and an increased heart rate and blood pressure.

The latest wave of scientific evidence brings a wealth of good news for coffee lovers: Coffee can be pretty amazing for your brain and your body. Here are 13 surprising health benefits of coffee. 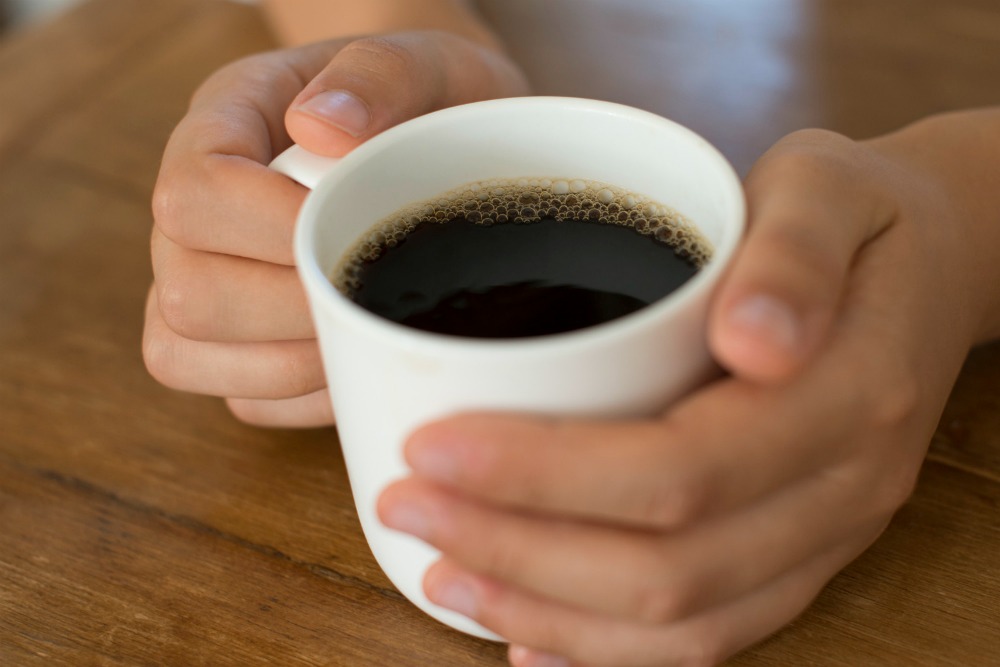 Coffee has been found to contain a tremendous amount of antioxidants. Scientists have identified approximately 1,000 antioxidants in unprocessed coffee beans, and hundreds more develop during the roasting process. Numerous studies have cited coffee as a major–and in some cases, the primary–dietary source of antioxidants for its subjects. In fact, many people in Western culture get more antioxidants from coffee than they do from fruits and vegetables combined.

Antioxidants fight inflammation, an underlying cause of many chronic conditions, including arthritis, atherosclerosis and many types of cancer. They also neutralize free radicals, which occur naturally as a part of everyday metabolic functions, but which can cause oxidative stress that leads to chronic disease.

Other important ingredients include riboflavin (11% of the RDA), potassium (3%), magnesium and niacin (2% each). These amounts are increased if you drink more than one cup per day.

Caffeine appears to affect the particular areas of the brain responsible for memory and concentration, providing a boost to short-term memory, although it’s not clear how long the effect lasts or how it may vary from person to person.

Coffee is also useful in blocking the inhibitory neurotransmitter Adenosine. This allows for the increase of other neurotransmitters like norepinephrine and dopamine, which improve the firing of your brain’s neurons. What results is an improvement in various areas of brain function, such as reaction times, vigilance, and general cognitive function.

In addition to boosting brain activity and memory, regular coffee consumption may help prevent cognitive decline associated with Alzheimer’s disease and other types of dementia. In one promising Finnish study, researchers found that drinking 4-5 cups of coffee daily at midlife was associated with a 65 percent decreased risk of Alzheimer’s and dementia in later life. Interestingly, the study authors also measured the effect of tea drinking on cognitive decline, but found no association.

Here is a one working theory about how coffee may help prevent or protect against cognitive decline: caffeine prevents the buildup of beta-amyloid plaque that may contribute to the onset and progression of Alzheimer’s.

See also: 15 Brain Boosting Foods You Should Be Eating

Although too much caffeine can put strain on your cardiovascular system, research has revealed that regular coffee drinkers can actually reduce their risk of having a stroke, and in females, coffee seems to decrease the risk of heart disease. While coffee can increase blood pressure, that is more of a temporary side effect, rather than a permanent effect, and temporarily raised blood pressure does not mean that a stroke or heart disease is inevitable. It can often work to clear out the system and keep your cardiovascular system functioning at a high level.

Coffee consumption has been linked to liver health, particularly in the prevention of cirrhosis, hepatitis, and fatty liver disease. One study showed that regular coffee consumption resulted in an 80% reduced chance of developing cirrhosis of the liver.

Studies have shown that coffee can help prevent people from developing non-alcoholic fatty liver disease (NAFLD). An international team of researchers led by Duke-NUS Graduate Medical School revealed that drinking four or more cups of coffee or tea a day may be beneficial in preventing the progression of NAFLD.

Another study published in 2006 that included 125,000 people over 22 years showed that those who drink at least one cup of coffee a day were 20 percent less to develop liver cirrhosis. Arthur L Klatsky, the lead author of the study, told that, “Consuming coffee seems to have some protective benefits against alcoholic cirrhosis, and the more coffee a person consumes the less risk they seem to have of being hospitalised or dying of alcoholic cirrhosis.”

This is a relatively new benefit learned about coffee, but in recent years, studies have shown that people who regularly consume coffee have a 23-50% lower chance of developing diabetes. The study covered nearly half a million people, and returned some very interesting results. Scientists suspect that antioxidant compounds in coffee—cholorogenic acid and quinides—may boost cells’ sensitivity to insulin, which helps regulate blood sugar.

6. Prevents Some Types of Cancer

It seems that everyone is always looking for the magical anti-cancer cure, as the disease is one of the most deadly and widespread on the planet. Coffee is not traditionally thought of as anti-carcinogenic, but it has been linked to a lowered risk for both liver and colorectal cancer, the world’s third and fourth most common. Coffee drinkers appear to be at a 40% lower risk for liver cancer and a 15% lower risk of colorectal cancer if they drink 4-5 cups per day.

Another study revealed that women who drink three or more cups of coffee a day are much less likely to develop skin cancer than those who don’t.

This benefit seems pretty obvious. It’s the reason many people turn to their morning cup of joe. And there’s no doubt coffee can give you that extra boost you need, especially when you’ve had insufficient sleep. This is due to the caffeine which acts as a stimulant that helps you feel more alert and focused. It also gives you a boost in energy and helps you keep going when you’re low on stamina.

Research from the University of Illinois determined that 2-3 cups of coffee can decrease participants’ perceived level of pain, in this case following a workout. These findings were repeated in a University of Georgia study where participants reported a 48% decrease in muscle soreness, vs. 30% and 25% with naproxen and aspirin, respectively.

We’ve been conditioned to believe that caffeine is dehydrating. However, recent research suggests that moderate caffeine consumption–up to about 500 mg, or about 5 cups per day–doesn’t dehydrate exercisers enough to interfere with their workout. In fact, caffeine is a performance and endurance enhancer; not only does it fight fatigue, but it also strengthens muscle contraction, and increases fatty acids in the blood, which supports endurance.

An overlooked benefit of coffee is that it energizes people to move around, get active, and burn calories faster.

In one study, athletes who drank the equivalent of 12 ounces of coffee before working out burned roughly 15% more calories for as much as three hours after exercising. Even if you don’t work out, drinking coffee has also been proven to boost your metabolism by 10 to 20%, for those who drink one to two cups per day.

Furthermore, coffee acts as an appetite suppressant, so you can calm food cravings and lose weight easily.

The natural effects of coffee are to energize and activate the mind and body. This can do wonders for someone suffering from depression.

Those who consume as many as four cups per day have been found to lower their depression risk by as much as 20%. This lowered risk is due to the fact that coffee also has an impact on the production of brain chemicals like serotonin and dopamine. However, coffee has been connected to anxiety and mood swings if consumed in excess, because the classic caffeine crash can be quite severe as the chemical’s effect runs out.

Coffee has also been linked to a decreased risk of suicide. A study done by the Harvard School of Public Health determined that drinking between 3-4 cups of coffee can reduce the risk of suicide in men and women by about 50 percent. The proposed reason is because coffee acts as a mild antidepressant by aiding in the production of neurotransmitters like serotonin, dopamine and noradrenaline.

There’s even good news for those of you who don’t prefer the taste of coffee. Researchers at the Seoul National University found that sleep-deprived rats who were exposed to the scent of coffee experienced a decrease in brain proteins that cause stress. It’s worth noting that this aroma study doesn’t relate to stress by itself, only to the stress felt as a result of sleep deprivation.

13. Coffee May Help You Live Longer

While it’s uncertain in exactly what ways drinking coffee lowers your risk of death, there definitely seems to be a correlation. Research performed by the National Cancer Institute (NCI) determined that people who drink three or more cups each day are at a 10% lower risk of death. Perhaps the most important ramification of this study is that drinking coffee does not seem to adversely affect your health, as earlier research seemed to indicate.

To get the full benefits of coffee, there are a few important factors you should consider.

The potential health benefits of drinking coffee are exciting, but that doesn’t mean more is better. Drinking too much coffee can result in dehydration. For some people, coffee can cause irritability, nervousness or anxiety in high doses, and it can also impact sleep quality and cause insomnia.

In people with hypertension, coffee consumption does transiently raise their blood pressure–although for no more than several hours–but no correlation has been found between coffee drinking and long-term increases in blood pressure or the incidence of cardiovascular disease in patients with pre-existing hypertension.

Caffeine affects every person differently, so if you experience any negative side effects, consider cutting your coffee consumption gradually. Avoid quitting coffee cold turkey; doing so can lead to caffeine withdrawal symptoms that may include severe headache, muscle aches and fatigue which can last for days. 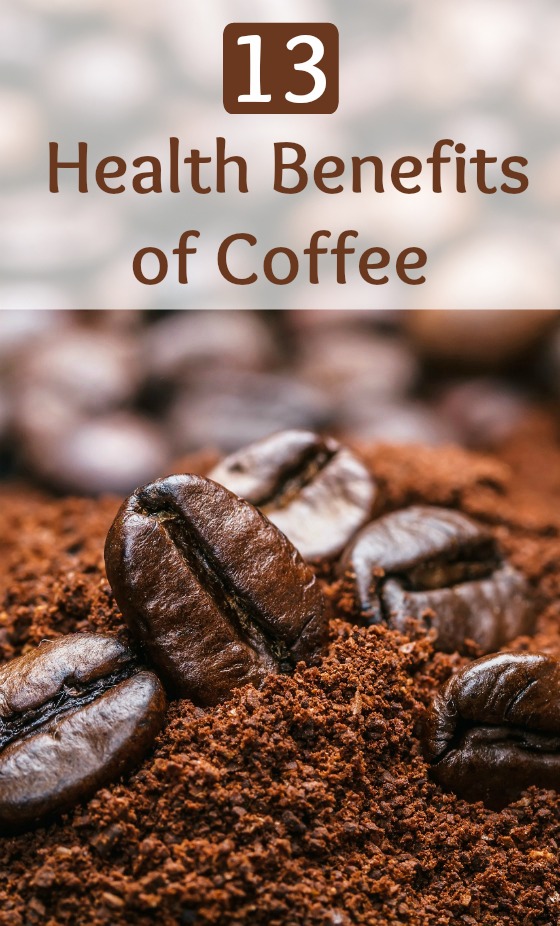