Oatmeal is prepared from oats, which is a type of cereal grain. Its botanical name is Avena sativa. Oatmeal is prepared by rolling, crushing, or grinding oats. It can be eaten with milk or curd or in the form of oatcakes, oatmeal cookies, or oat bread for breakfast or dinner. Oats are also used in the preparation of beverages. Oats have been known to man since the Bronze Age. 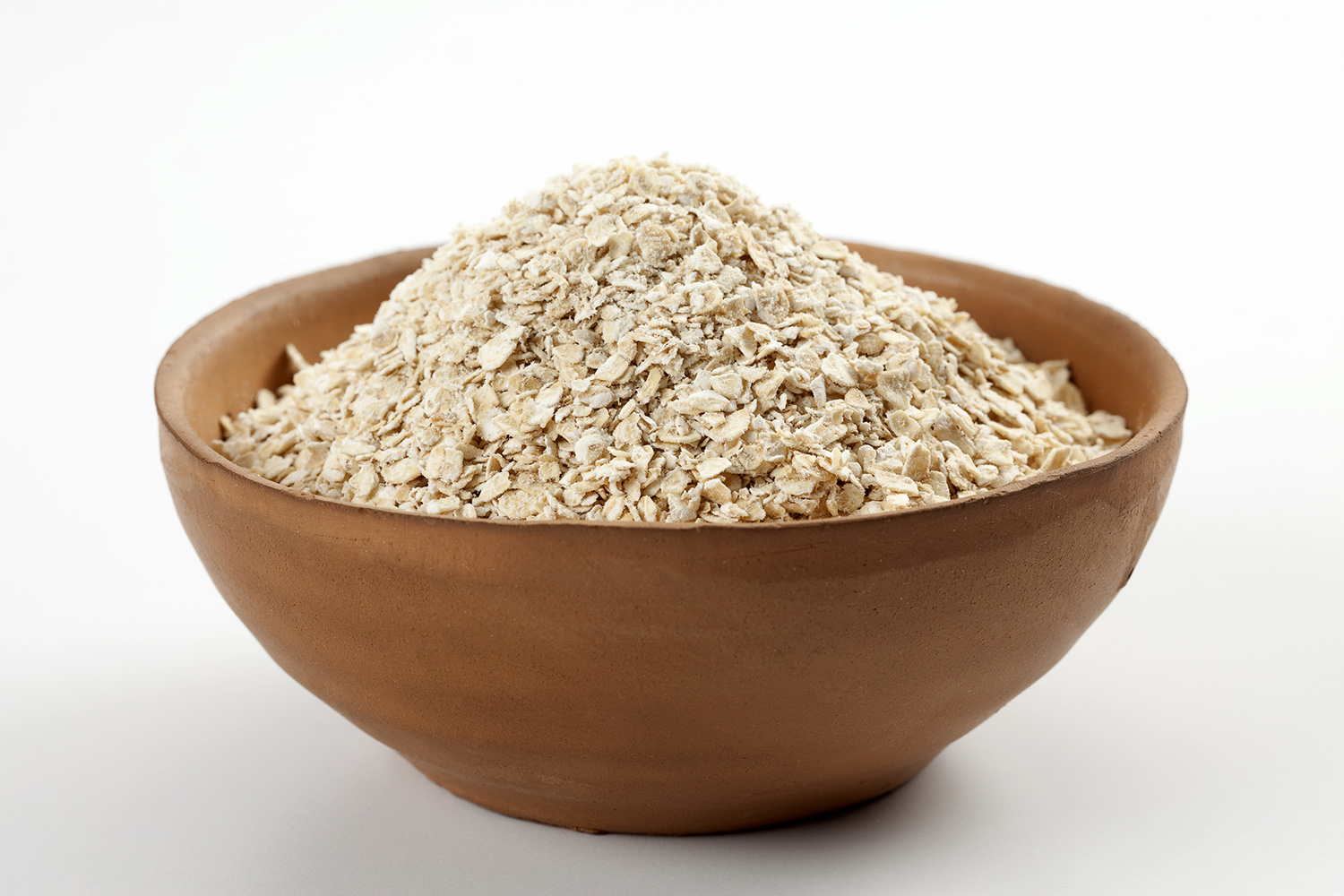 Oats are known to grow in temperate zones. They have a low tolerance for hot summers but they have a high tolerance for water and cold. That’s why they are extensively grown in Europe and in North America. Oats are particularly popular in Scotland, where historians have recorded many instances of oats being a part of the Scottish culture. Oats were mass grown from the 18th and 19th centuries. As oats were very cheap, easy to grow, and process, people started consuming them as cereal. Oatmeal is popular today because of its numerous health benefits.

A steaming bowl of fresh cooked oatmeal is the perfect way to start off your day, especially if you are trying to prevent or are currently dealing with heart disease or diabetes. Oats, oat bran, and oatmeal contain a specific type of fiber known as beta-glucan. Since 1963, study after study has proven the beneficial effects of this special fiber on cholesterol levels. Studies show that in individuals with high cholesterol (above 220 mg/dl), consuming just 3 grams of soluble oat fiber per day (an amount found in one bowl of oatmeal) typically lowers total cholesterol by 8-23%. This is highly significant since each 1% drop in serum cholesterol translates to a 2% decrease in the risk of developing heart disease.

A study published in the Archives of Internal Medicine confirms that eating high fiber foods, such as oats, helps prevent heart disease.

Oats, via their high fiber content, are already known to help remove cholesterol from the digestive system that would otherwise end up in the bloodstream. Now, the latest research suggests they may have another cardio-protective mechanism.

Heart failure is the leading cause of hospitalization among the elderly in the United States.

Since consumption of whole grain products and dietary fiber has been shown to reduce the risk of high blood pressure and heart attack, Harvard researchers decided to look at the effects of cereal consumption on heart failure risk and followed 21,376 participants in the Physicians Health Study over a period of 19.6 years. After adjusting for confounding factors (age, smoking, alcohol consumption, vegetable consumption, use of vitamins, exercise, and history of heart disease), they found that men who simply enjoyed a daily morning bowl of whole grain (but not refined) cereal had a 29% lower risk of heart failure.

Studies have shown that a diet rich in fiber can protect against breast cancer, particularly if the fiber comes from whole grains. A UK Women’s Cohort Study found that pre-menopausal women who ate fiber from whole grains had a 41 percent less risk of developing breast cancer, while fiber sourced from fruit only offer a 29 percent reduction rate.

Eating a serving of whole grains, such as oats, at least 6 times each week is an especially good idea for postmenopausal women with high cholesterol, high blood pressure or other signs of cardiovascular disease (CVD).

A 3-year prospective study of over 200 postmenopausal women with CVD, published in the American Heart Journal, shows that those eating at least 6 servings of whole grains each week experienced both:

The women’s intake of fiber from fruits, vegetables and refined grains was not associated with a lessening in CVD progression.

Eating food to not gain weight sounds like the perfect kind of diet, right? Because oatmeal is so rich in fiber, it will make you fuller for a longer period of time. Fiber will increase the viscosity of the stomach’s contents so that it will take longer to empty. Feeling full for a longer period of time will also prevent the need to snack on sugary or salty foods throughout the day. Research has linked a lower risk of obesity to children who regularly eat oatmeal.

Vitamins found in oatmeal include thiamin, riboflavin, niacin, vitamin B6, folate, vitamin E and vitamin K. These nutrients are essential in building up the strength of the immune system. Vitamin E is helpful in breaking down complex lipid compounds into simpler compounds. Vitamin K acts as a blood coagulant, helps in maintaining bone health, and is known to be effective in fighting diseases such as Alzheimer’s disease and cancer. Oatmeal is a good source of vitamins such as niacin, folate, thiamine, riboflavin, pantothenic acid and choline, which also improve the immune system.

Studies also show that beta-glucan has beneficial effects in diabetes as well. Type 2 diabetes patients given foods high in this type of oat fiber or given oatmeal or oat bran rich foods experienced much lower rises in blood sugar compared to those who were given white rice or bread. Starting out your day with a blood sugar stabilizing food such as oats may make it easier to keep blood sugar levels under control the rest of the day, especially when the rest of your day is also supported with nourishing fiber-rich foods.

While there is widespread belief that introducing solid foods to children too early may cause later health problems, a Finnish prospective study of 1293 children found that those introduced earlier to oats were in fact less likely to develop persistent asthma.

11. Helps Cut the Use of Laxatives

Laxative use, especially among the elderly in nursing homes, can lead to malnutrition and unwanted weight loss. Viennese researchers studied 30 frail nursing-home residents in a controlled, blind, intervention trial where 15 patients received 7-8g of oat bran per day. At the end of 6 weeks, 59% of the oat group had discontinued laxative use while maintaining body weight; the control group showed an 8% increase in laxative use and a decrease in body weight.

The insoluble fiber in oats scrubs through the intestines, moving food along and helping to prevent constipation. Also, people with gastroesophageal reflux disease (GERD) who follow a diet higher in fiber and lower in total fat may experience fewer symptoms of GERD, such as heartburn.

At some point in human history, someone discovered how nice it felt to apply oats to dry, itchy, irritated skin. Moms have been stirring raw oats into hot baths for generations to soothe children’s chickenpox symptoms, and many people make DIY facial masks by blending oatmeal with yogurt and honey. The starchiness of oats creates a barrier that allows the skin to hold its moisture, while the rougher fibrous husk of the oat acts as a gentle exfoliant.