Watercress is a dark, leafy green grown in natural spring water. For the past few decades, watercress has been used as little more than a plate garnish but is now seeing resurgence in popularity as one of the next big superfoods.

One of the best culinary aspects of watercress is its versatility. It can be used as a salad green (a very nutritious one) with Romaine lettuce or fresh spinach, steamed and eaten as a vegetable, and in soups for a subtle, peppery flavor. It’s also a standard ingredient for sandwiches in Britain for both common and high tea. 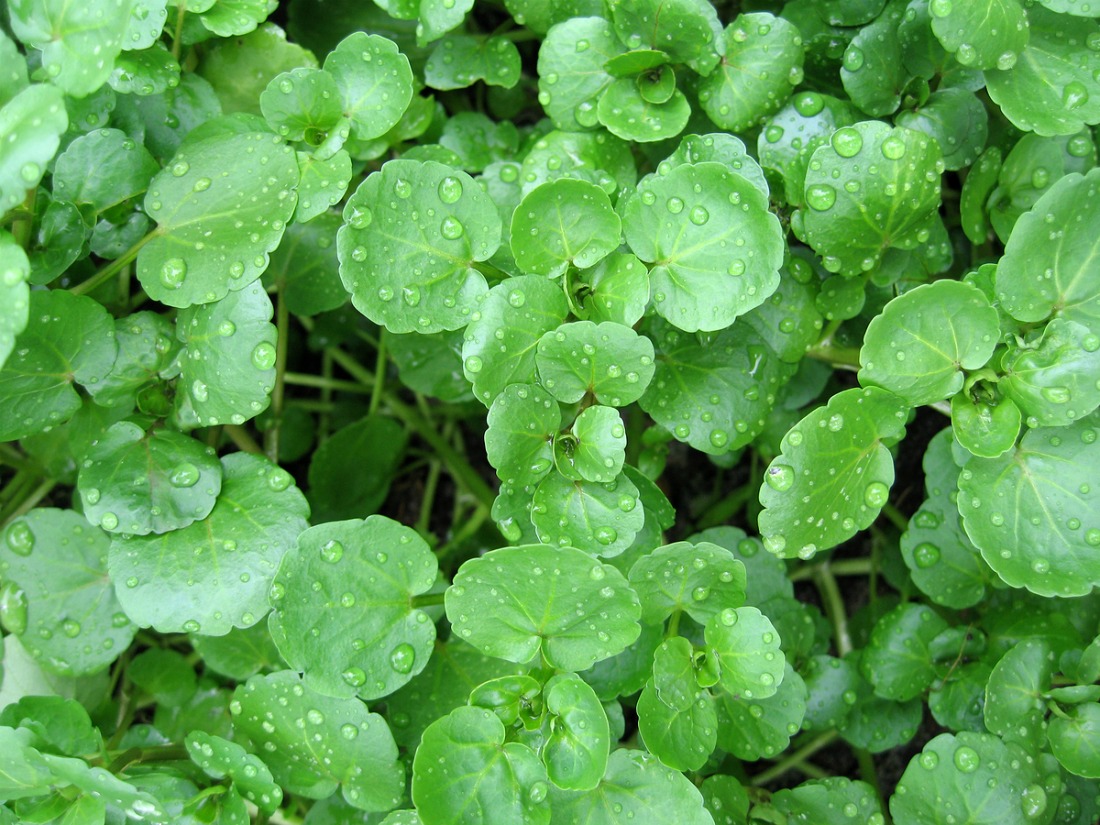 According to the USDA National Nutrient Database, two cups of fresh watercress (about 68 grams) contains only 7 calories.

Consuming 2 cups of watercress will meet 212% of vitamin K, 48% of your vitamin C, 44% of vitamin A, 8% of calcium and manganese, 6% of potassium and 4% of vitamin E, thiamin, riboflavin, vitamin B-6, magnesium and phosphorus needs for the day.

Watercress has plenty of health benefits. However, due to its strong, pungent and bitter taste, it is never used alone, but is always added to juices, salads or other dishes as an ingredient, flavor or garnish.

Cruciferous vegetables, such as watercress and broccoli, are well known for containing glucosinolates, phytochemicals that are hydrolyzed to produce isothiocyanates, which have been studied for their anticancer effects. Dietary intake of these compounds has been shown to counter breast, lung, colorectal, head and neck, and prostate cancers.

In addition to the nutrient content of watercress many secondary metabolites that may help lower risk of many chronic diseases. Cruciferous plants like watercress are shown to be beneficial in lowering LDL-cholesterol which reduces risk of cardiovascular diseases such as arteriosclerosis and other chronic heart disease. Watercress contains vitamin C which works as an antioxidant and help in reducing heart tissue damage caused by oxidative stress. Vitamin C is active in the process of embryonic cells developing into cardiac myocyctes and improving heart health.

Watercress for weight loss works because per serving/cup contains less than eighteen calories. Yet, it supports digestive health due to the ample supply of essential nutrients such as vitamins and minerals. Many individuals follow the watercress soup diet for weight loss, since it provides both quantity and nutrients without the added calories. Talk to your doctor about a watercress diet and ask questions about the suitability of such a diet specific t your conditions.

Watercress is a member of the brassica family of cruciferous vegetable which has shown beneficial effect in thyroid health. Watercress like other brassica’s may work by reducing thyroid hormone production and are most beneficial when eaten raw. Watercress may also lightly steamed so not to lose nutritional value.

Low intakes of vitamin K have been associated with a higher risk for bone fracture. Adequate vitamin K consumption improves bone health by acting as a modifier of bone matrix proteins, improving calcium absorption and reducing urinary excretion of calcium. Eating just one cup of watercress would meet your daily need for vitamin K.

Watercress is particularly helpful in treating different types of anemia due to its high content in iron. Iron is essential for the synthesis of hemoglobin, and folic acid, which plays a key role in the maturation of red cells in the bone marrow. The right amount of vitamin C in watercress also makes better absorption of iron.

Low folate levels may cause by lack of dietary intake or excess alcohol intake. A meta-analysis of studies 19 studies, inclusive of 15,315 participants, showed that low folate level increases risk of depression. Folate works with the neurotransmitters pathways of the central nervous system effecting production of such neurochemical such as serotonin.

With depression affecting a significant percentage of the world populations the addition of foods with high folate content such as watercress is an important dietary supplement in reducing risk of this chronic disease.

Many skin problems such as pimples and acne find their roots in impure blood, inflamed skin, and bacterial infections. Watercress for acne works whether you decide to take it internally as part of your diet or you plan to apply it topically to direct its healing properties. Diet intake of watercress for acne helps aid better digestion. The plant contains ample amounts of dietary fiber. Moreover, watercress with its high water content helps to flush out toxic build-up in the digestive system. It acts as a cleansing agent and helps in the purification of blood.

Vital nutrients such as vitamins A and C help to maintain skin health and fight inflammation of the skin. Watercress for eczema provides a cooling or soothing effect when applied topically to the inflamed area. It also takes care of itching or burning sensation in the case of eczema patients. Consuming watercress in the form of salads or soups and as a garnish on main courses may help to keep eczema and similar skin conditions at bay. As an antioxidant, watercress for acne and eczema helps to promote better skin health, and it may even help reduce the risk of certain types of skin cancer.

Several historical sources show that watercress has been used for its aphrodisiac effect since the age of the ancient Romans and Persians. This could be due to its high zinc and iron content.

Vitamin C rich food is an effective remedy of common cold. A study on this the immune protective ability of vitamin C shows that consuming food rich in vitamin C may reduce the risk of cold by 66 %. Watercress is a good source of vitamin C and its intake may help in reducing risk of cold.

Vital nutrients such as vitamins and minerals in watercress help to promote scalp and hair health. Regular intake of watercress in your diet may help purify your blood and boost your immune system. Watercress for hair loss works since it promotes a healthy, dandruff-free scalp, which, in turn, promotes better hair. Watercress’ sulfur and zinc content helps to keep infections at bay, while vitamin A provides the nutrients for luxurious hair growth.

Watercress for hair maybe applied directly as a conditioner or as a hydrating hair spa. Applying watercress juice may also aid hair growth. Watercress also improves hormonal balance and function, which, in turn, promotes the growth of hair and is necessary for healthy skin.

A study on children with asthma’s showed results of significantly increased forced expiratory volume expiratory (FEV) with vitamin C of at least 0.2g daily. These results varied with each child’s history of mold and dampness exposure. Those having no exposure with 37% increase and those with exposure a 21% increase of FEV per second. Intake of food such as watercress may provide relief from pediatric asthma.

How to Choose Raw Organic Watercress

For optimal health benefits, eat watercress raw and as fresh as possible. In a salad, toss with olive oil and vinegar to improve digestion and proper assimilation of nutrients. If you live near a clean stream, you can even grow your own watercress by planting the seeds indoors and transplanting the seedlings into the shallowest part of a gently flowing creek. Harvest leaves when young and tender for the best taste.

Buy watercress from known source of farms using clean running water. Cress from stagnant and polluted water may host to some harmful parasites like flukes and larvae.

Watercress contains 0.31 mg of oxalic acid per 100 g of leaves. Oxalic acid is a naturally-occurring substance found in some vegetables, which may crystallize as oxalate stones in the urinary tract in some people. It is therefore, people with known oxalate urinary tract stones are advised to avoid eating vegetables belong to Brassica family.

Being a Brassica family vegetable, cress may also contain goitrogens, which may interfere with thyroid hormone production and can cause thyroxin hormone deficiency in individuals with thyroid dysfunction. 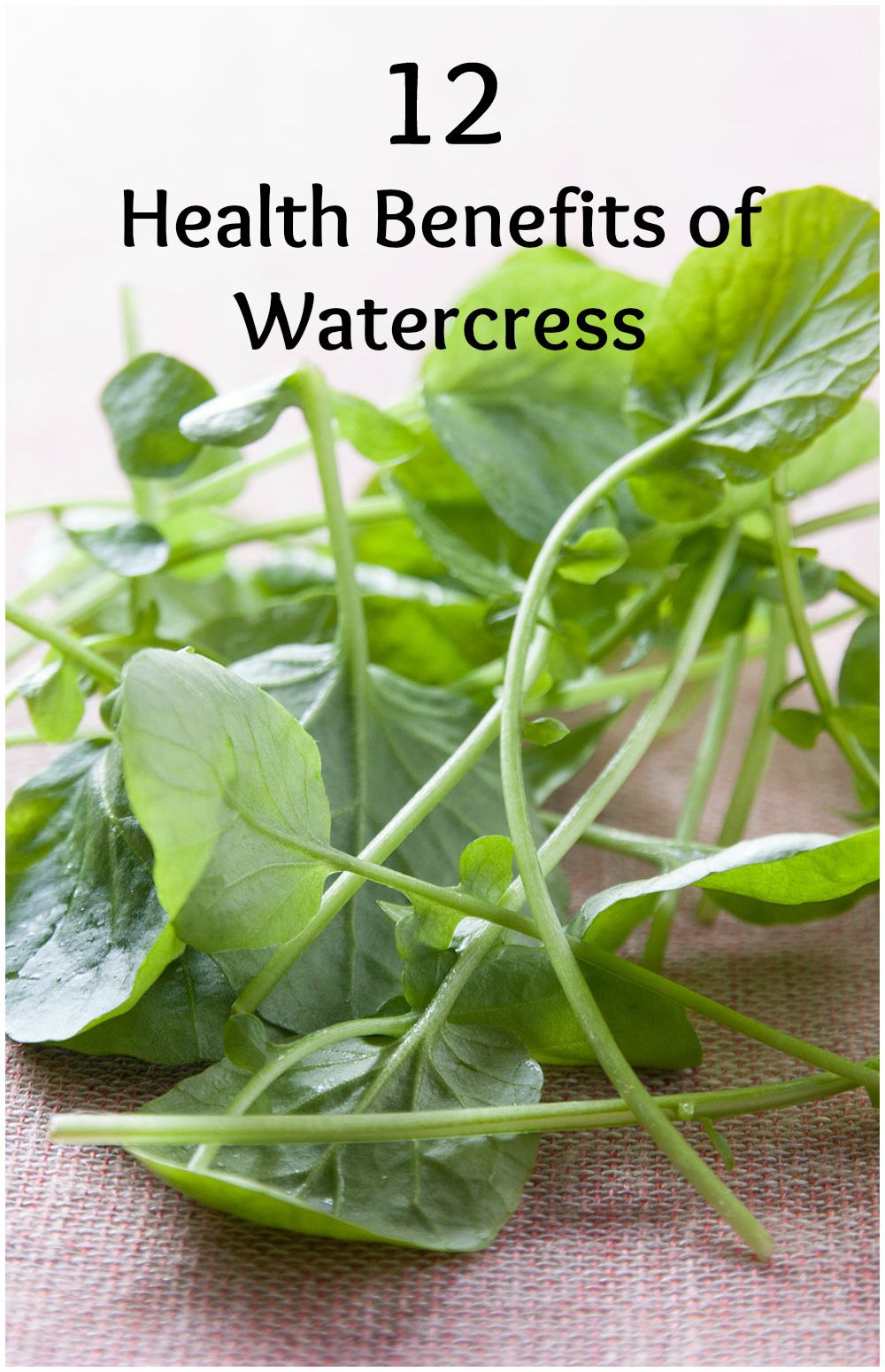