For some, a great night’s sleep is elusive. For others, sleep seems to come easily. And then, there are those who think they’re getting decent shut-eye every night but actually aren’t. Look out for these subtle, surprising clues that you may not be getting the kind of deep, high-quality sleep you need for optimal health. Here are 12 signs you’re not getting high-quality sleep. 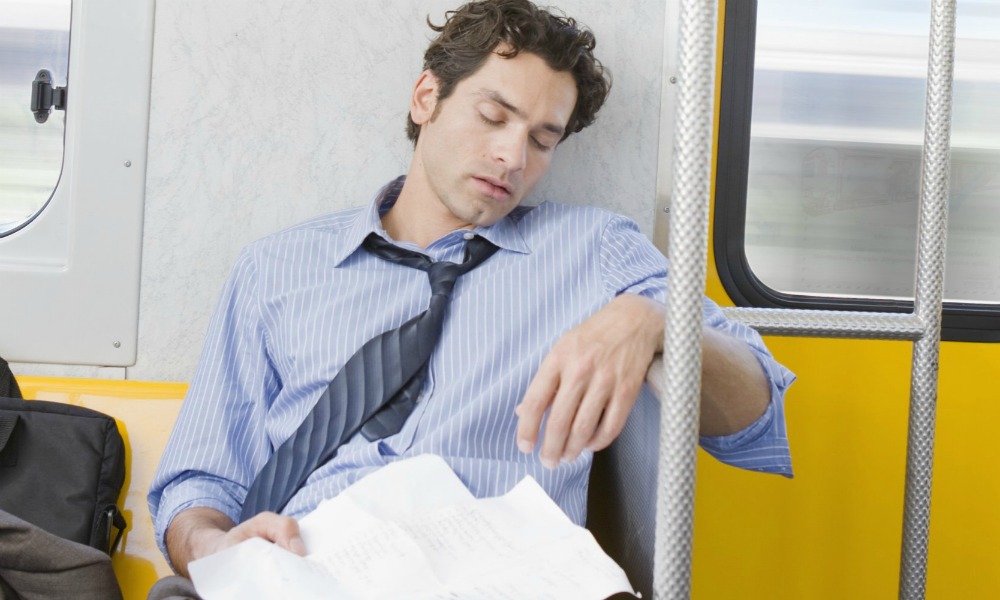 If you’re gaining weight and you don’t feel like your diet has changed enough to explain the weight gain, it could be a sign of poor sleep. According to one study published in the journal PLoS Medicine, those who slept less than 6 hours a day were nearly 30% more likely to become obese than those who slept 7 to 9 hours a night.

If the brain is not getting the energy it needs from sleep it will often try to get it from food. Running low on rest can increase the production of ghrelin, also known as the hunger hormone, in your gut. Too much ghrelin makes your body crave fatty and sugary foods.

Poor sleep can also mess with leptin, the satiety hormone. When you’re not sleeping properly you tend to eat more of what you’re craving because you’re not feeling the signals to stop eating.

One of the biggest signs of poor sleep is an all-day coffee habit. Feeling like you have to drink coffee in the morning to wake up and throughout the day to stay awake indicates a problem. If you’re drinking coffee to keep you going, ask yourself why. Have you convinced yourself it’s because you really like coffee, but actually it’s because it helps you feel more alert or awake? A lot of people who rely on coffee, soda, or energy drinks throughout the day actually have a sleep disorder.

4. Getting Sick Too Often

Another thing that can suffer with poor sleep is your immune system. If you’re not sleeping properly there can be significant issues in terms of your body’s ability to fight off infections. In particular, you might find that it’s harder to shake off a cold.

A 2009 study in the Archives of Internal Medicine followed the sleeping habits of 153 volunteers for 14 days straight. Researchers found that people who got less than 7 hours of sleep were nearly three times more likely to develop a cold than those who got 8 hours or more rest a night. That could be because your immune system produces cytokines while you sleep, which are proteins that help protect against infections and inflammation, meaning a few nights of poor sleep could lower your body’s defenses against pesky viruses.

Sleep is very important to cardiovascular health. Actually, our blood pressure is usually 15 points lower when we are asleep; this is called nocturnal dipping. If you are consistently getting less than 7 hours of sleep a night you may end up paying the price in the form of high blood pressure.

They call it “beauty sleep” for a reason. While you’re out, your skin works to repair any damaged cells, so not getting enough rest can disrupt the process. A 2013 clinical trial conducted at University Hospitals Case Medical Center in Cleveland, Ohio, found that skin recovery was 30% higher in those who had good quality sleep over those with poor sleep.

A lack of sleep upsets your hormonal balance and elevates circulating estrogen levels. Not only can you expect more breakouts when you skip out on rest, your skin may also appear older. If done for long periods, you will see that you have excess wrinkling probably from a decrease in collagen — and the body produces it while you’re sleeping.

See also: 16 Things Your Skin Says About Your Health

When fatigued, you’re not able to control the muscles of the eye as well. First, skimping on shut-eye tires out the ciliary muscle, which helps your eyes focus. The result: you’ll have a harder time reading up close. Then there’s the extra ocular muscle, which moves the eye from side to side and up and down.

Many people have a muscle imbalance where their eyes don’t track well together, but in a well-rested person the eyes can compensate on their own. A lack of sleep makes the misalignment harder to control, potentially resulting in double vision. You might notice both of these vision problems after one night of poor sleep, but they will persist the less time you spend in bed.

Researchers discovered that after you’ve gone a night without sleep, you’re essentially operating on the same level as someone who’s legally intoxicated. When you’re sleep-deprived, your mouth may not be able to get the words out as you try to communicate. Slurred speech, stuttering and speaking in monotone are clues that point to sleep deprivation. You may also fumble with small objects and be unsteady on your feet.

Sleep deprivation also leads to slower reaction times. Studies show it affects speed before it affects accuracy (be it physical or mental). But stay awake a little longer, and you’ll be neither quick nor accurate.

9. Poor Memory and Inability to Concentrate

Sleep is a necessity if you want to be able to concentrate, problem solve, and remember things. During sleep, toxins that build up in the brain throughout the day called beta amyloid are cleared at a rate 10 times greater than during wakefulness. Also during sleep, information is uploaded and consolidated into our long-term memories. That is the reason that most people perform better on testing after a good night’s sleep.

So what’s the upshot? If you’re facing a task that will call heavily upon a sharp memory, you may want to choose sleep over late-night preparation. For instance, a student during “finals week” shouldn’t pull an all-nighter. It’s better to study until feeling tired and then get plenty of sleep before the next day’s test.

If you’ve been finding it harder than usual to manage projects at work and home, lack of sleep could be the problem. Sleep deprivation can affect higher-level cognitive processing and reaction speed. That means essential functions, like problem solving or time management, become even more difficult to carry out.

In a 2009 study, researchers asked both sleep-deprived and well-rested volunteers to perform a set of tasks that required quick decision-making two times. Between testing, the accuracy of those without quality sleep went down by 2.4%, while the rested group improved accuracy by 4.3%. All in all, poor sleep simply hinders your ability to react quickly.

If you find that you’re constantly sleeping later on weekends, this may be due to the sleep debt you built up during the week.

Unfortunately, this catch-up sleep can’t make up for your lack of sleep. Even worse, it may throw your circadian clock off, making it more difficult to fall asleep on Sunday night.

People tend to act without thinking when they’re sleep-deprived. Your ability to say, ‘No, I shouldn’t have another candy bar’ becomes more difficult. This doesn’t just apply to pigging out. You also might find yourself doing or saying things you don’t necessarily mean, like lashing out at a spouse or ranting at a co-worker. The main reason for this could be not getting enough and high-quality sleep.