Our nails have an important role in our lives. They protect tissues, scratch itches and also they act as windows to our general state of health. The shape, texture, and color of your natural nails indicate warning signs of malnutrition, infection and serious diseases. While some of the nail symptoms are innocuous, others can be indicative of serious health problems. 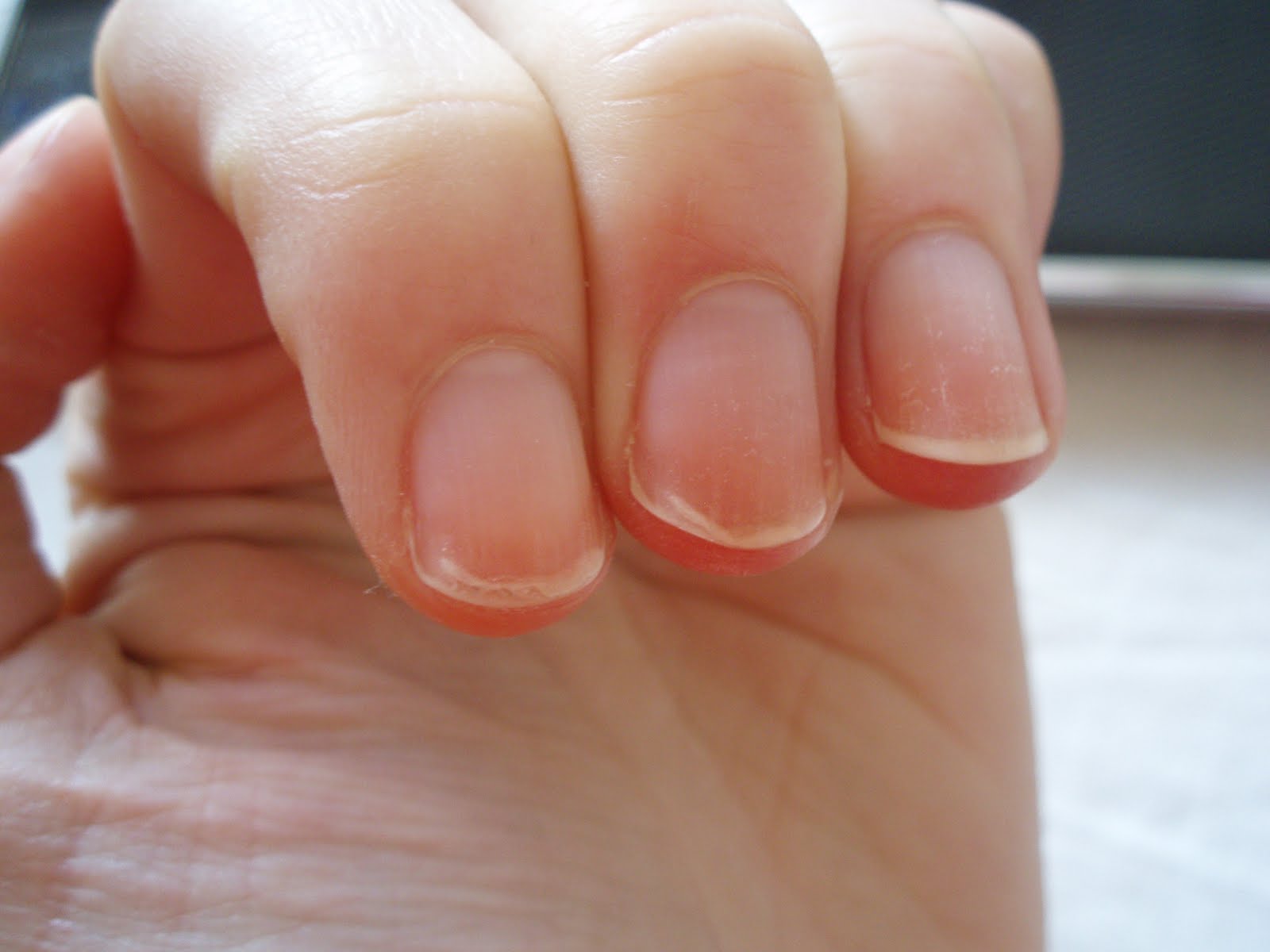 Even your nails’ growth rate may give indications about your overall well-being. If your nails are healthy, they must grow on average 3.5 millimeters a month. However, this can be affected by your nutritional status, medications, trauma, chronic disease, and the aging process itself.

There are several nail symptoms that you might experience in your lifetime and here are what they mean for your overall well-being.

Nails can become yellowish with age or because of using acrylic nails or nail polish for a long time. If you frequently paint your fingernails with nail polish, you can realize that your nails tend to have a yellowish color after you have removed the nail polish. However, if this yellowish hue remains over a period of days or after using a bleaching remedy such as rubbing your nails with lemon juice, the discoloration can have a more serious cause like diabetes. Diabetes can cause yellowing of both the skin and nails, but it can be seen mostly in nails (1).

This is usually caused by glucose connecting with the collagen proteins in the nail. If your yellow nails are not going back to a normal color, and if you are also experiencing other symptoms of diabetes like increased thirst and urination, you should see your doctor immediately.

If your nails are not only yellow but also thick and crumbly, a fungal infection may be to blame. There is also a chance that yellow nails may be associated with thyroid disease, psoriasis, or respiratory diseases such as chronic bronchitis.

Lifestyle factors can lead to dry, cracked or brittle nails. For instance, if your hands stay in water a lot when you are washing dishes or swimming, or your nails are exposed to chemicals such as cleaning products or you use nail polish remover frequently or you are living in an area with low humidity, you can experience dry, cracked or brittle nails.

In addition, a fungal infection or hypothyroidism can also lead to cracking and splitting on nails (2, 3). Brittle nails may also be a result of a deficiency in vitamins A and C or the B vitamin biotin. During a manicure or pedicure session, nail injuries can also occur. Nail polish and remover have also drying effect on nails and lead to brittleness.

Accidents might happen and everybody might unintentionally catch a finger in a door or drop something heavy on toe. You can experience small white spots on your nail plate like everybody else. These harmless white spots are commonly the result of nail trauma. These spots fade or grow out on their own as the nail grows and eventually you will clip off the damaged part of your nail.

A more harsh injury to the nail bed can lead to dark spots or streaks on or under the nail, nail detachment (onycholysis) and splinter hemorrhages. Less commonly, if you have white spots on your nail and they do not go away, these could be a result of a fungal infection (4).

Clubbing is a deformity that your finger or toe nails become enlarged and the nails become curved downward. It can be a symptom of low oxygen in your blood and this can be related with lung disease (5). Clubbing can also be associated with other serious health problems such as liver or kidney disease, heart disease, inflammatory bowel disease, and AIDS (6).

Horizontal ridges are also known as Beau’s lines. A direct trauma to the nail or a more serious illness with a high fever such as scarlet fever or pneumonia can lead to horizontal ridges. This kind of horizontal ridges can also happen because of psoriasis, uncontrolled diabetes, circulatory disease, or severe zinc deficiency.

Another type of horizontal discolorations is known as Mees’ lines, which may occur because of arsenic poisoning, Hodgkin’s disease, malaria, leprosy, or carbon monoxide poisoning.

If you are experiencing vertical ridges, you should not worry about them because these vertical ridges are typically a normal sign of aging. They might become more significant as you get older. However, in some rare cases, nutrient deficiencies including vitamin B12 and magnesium deficiency can lead to vertical ridges.

7. Separation from the Nail Bed

If a nail is separated from the nail bed (onycholysis), there can be nail fungus or infection under the nail, but it may also be a result of certain medications. Either way, you better see your dermatologist.

Nails that are thin and concave upward at the edges, taking on a spoon-like shape, might be an indication of iron-deficiency anemia.

If you have multiple pits or dents on your nails, they are usually a symptom of psoriasis. Connective tissue disorders such as Reiter’s syndrome or alopecia areata and also an autoimmune disease can not only lead to hair loss but also cause nail pitting.

Blue nails, particularly when accompanied with blue lips can mean that you have an oxygen-related health condition, such as low hemoglobin levels, asthma, COPD, emphysema, chronic bronchitis, or pneumonia (7).

In addition to pulmonary problems, certain heart conditions can also lead to blue nails. If your nails have become blue without any known condition, it is usually an indication that your health problem has become severe. You might need an emergency medical treatment.

Although a black or purplish bruise under your nail might look dramatic, it will disappear as it heals. So, there is nothing to worry about. If you very often put nail polish on your nails, be sure to remove it once in a while so you can inspect what lies beneath.

However, if you notice dark discolorations and you do not remember the exact reason of it, then you better see a doctor immediately because this can be a symptom of skin cancer. Many people might think that skin cancers only occur in areas of the body most obviously exposed to the sun such as the shoulders, hands, nose or ears. Melanoma, which is the deadliest kind of skin cancer, can also show up under a nail and it may lead to black streaks or painful growths on your nail (8).

There is another type of melanoma which is known as acral lentiginous melanoma. It usually shows up as dark lines underneath the nail. For this reason, if you notice this symptom, you should see your doctor immediately. Because this kind of skin cancer is known to advance quickly.

12. White Nails with a Strip of Pink

If your nails are mostly white with a narrow pink strip at the top, this can be a sign of Terry’s nails. Aging can lead to Terry’s nails. However, sometimes it could be a sign of something more serious such as liver disease, congestive heart failure, kidney failure, or diabetes.

Although most nail problems are not related with nutrition, your nails can indicate some nutritional deficiencies, such as low levels of iron, biotin and protein (9). Especially, if you have an iron deficiency, your nails may reflect it. Pale, whitish nail beds are a common symptom of anemia.

Nail-biting is a nervous habit, like fidgeting and thumb sucking. People mostly do it when they are stressed out or bored. Nail biting habit inclined to begin in childhood, peak in adolescence, and then slowly decrease with age. It is a difficult habit to quit, but by age 30, most of the people have given it up. And if you are one of the chronic nail-biters, try to quit this habit right away because it can lead to nail deformities, as well as infections.

Mild nail-biting will not lead to permanent damage. However, it may make your hands looking unkempt and bloody, and can also cause infection in your fingers and your mouth. You can try stress management methods and physical barriers such as bitter-tasting nail polish to quit this habit. Alternatively, you can keep your nails looking nice with frequent manicures because short and tidy nails may deter you from biting.

Sometimes, nail-biting and picking is severe enough to be considered as an impulse-control disorder by mental health professionals (10). This could reflect an anxiety or compulsive disorder, and a behavior therapy may be required to get rid of it. If nail-biting is accompanied by hair pulling or self-mutilating behaviors, it is advisable to see a doctor immediately.

When to See Your Doctor

If you notice any significant changes in your nails, including swelling, discolorations, or changes in shape or thickness and the symptoms persist, you should see your doctor immediately. It could be nothing, or it could be an indicator of one of the underlying conditions mentioned above. Your doctor will determine the underlying cause and prescribe a proper medical treatment.